BuildStuff is not your typical software conference. It has this special atmosphere, it’s hacker-friendly, topic tolerant & the only conference with a free party and charity poker tournament!

What makes BuildStuff so special? Hard to find all the ingredients but for me these are the most important:

Below I’ve listed the sessions I’ve attended. If you want to check what they are about you can download the full agenda with abstracts here. All sessions were recorded so they will be available online but if I take past year as a reference it might take a few months before they show up on InfoQ.

Some sessions I could not attend(*) will be watched when they are available
Jef Claes (@JefClaes) - Evil by Design
Yves Reynhout (@bittacklr) - Trench Talk: Model and friends
Richard Minerich (@rickasaurus) - How We Use Function Programming to Find the Bad Guys
Diego Ongaro (@ongardie) - The Raft Consensus Algorithm
Sebastien Lambla (@serialseb) - The Simple Life of ReSTful Microserviices
Phillip Trelford (@ptrelford) - Beyond Lists
Oystein Kosrud - Functional Programming for the Object Oriented

(*) due to: conflicting schedules, interesting chats in the lobby, recovering from the party 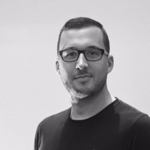